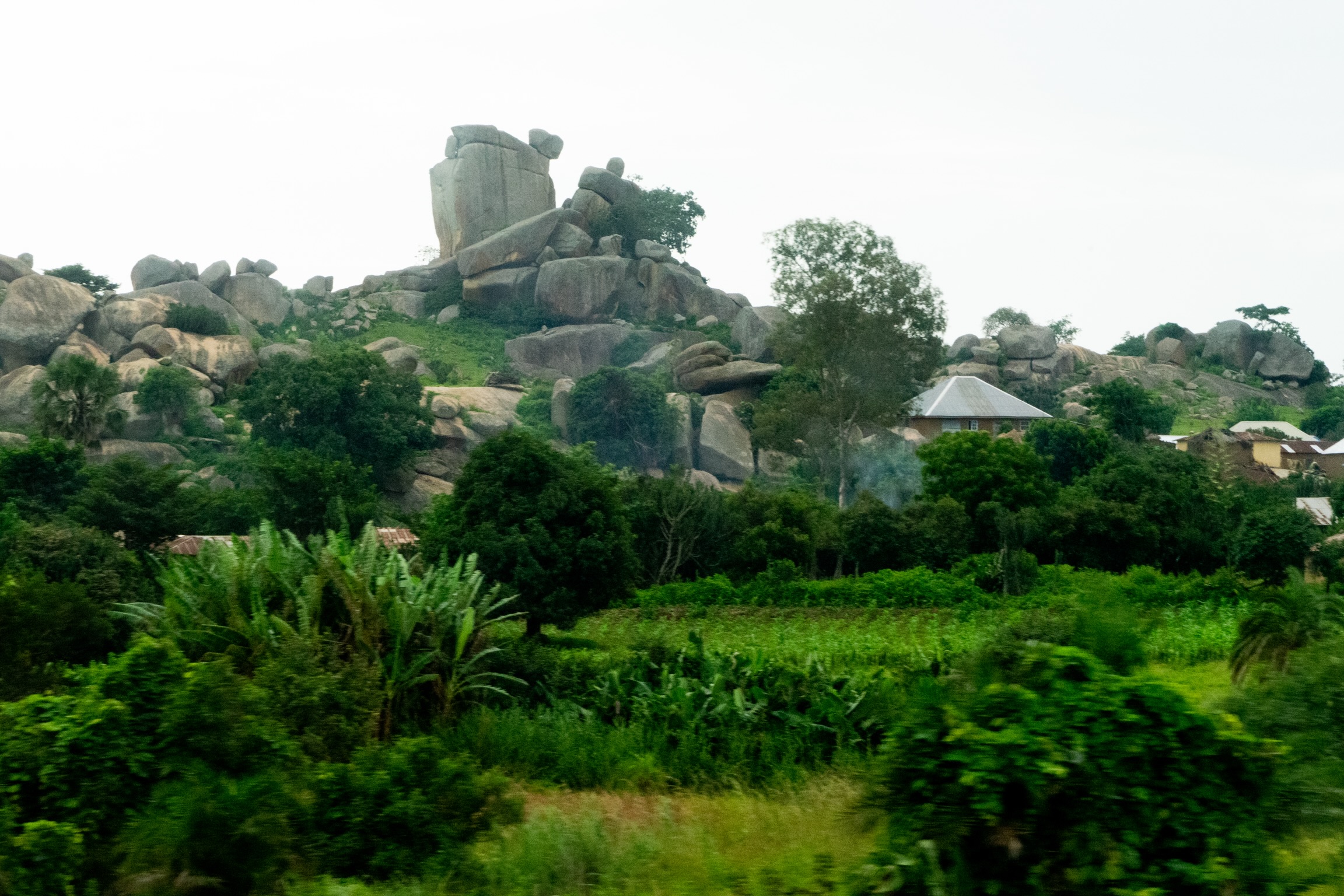 During my time as a junior doctor and since my first visit back to Nigeria some five or six years ago, I have had a deep yearning to do something in order to give back to the country of my birth.

In June of this year I finally got the opportunity to fulfil this dream by being involved in a medical conference in Jos, Nigeria. I had heard a lot of great things about the conference from my very dear friends Chinenye and Mina who had both previously been involved with the conference. Up until this year I had not been able to get the time off work, however this year I managed to do this!!!

Jos is a city in the Middle Belt of Nigeria. Compared to Abuja it had a milder and more tolerable climate which was better suited for running.  It is located on the Jos Plateau at about 4,062 feet above sea level (I certainly felt this altitude during my early morning runs whilst in Jos). I had never been to this part of Nigeria before.

As our coach neared the end of the four-hour trip from Abuja to Jos, the natural beauty of this part of the country was clear to see.  I was blown away by the amazing boulders and rock formations that were dotted across the red rich earth and vegetative landscape.  Although I was tired from my overnight flight I could not sleep, I wanted to take it all in.

I could go on forever about this beautiful city but back to the conference.  The  conference was organised by Jos University Teaching Hospital and Africa Partners Medical. It was attended by medical students, junior doctors, nurses and consultants.  There were also speakers from other countries in attendance.  My presentation focused on the development and well-being of clinical staff and the importance of goal setting.  I feel these are areas that are not generally well covered in education and wanted to share some of my knowledge on these areas.

Normally I have no problems with public speaking but on this occasion for some reason as soon as I got on stage I started to perspire like there was no tomorrow whilst i would normally blame it on the climate, it was clear for all to see in this air conditioned room it wasn't. Looking back, I think the culmination of fulfilment, some nerves and good old adrenaline rush contributed to my spontaneous perspiration, I am so glad I had a white shirt on during my presentation. Both my perspiration and presentation were well received by the audience and the feedback was amazing.

At the conference I was also involved in the delivery of communication skills workshop.  These sessions were lead by Chin and Mina who are also part of the Namu project.  Using role play as a platform we covered aspects of communication including, breaking bad news, patient confidentiality and managing angry relatives. The workshop was attended by consultants, nurses and medical students. The response and feedback received from those who attended the workshop was truly humbling.

During lunch on one of the afternoons at the conference, I spoke with one of the medical students; I was deeply moved by his story.  This student unlike many of his colleagues was not in the financial position to live near campus so lived several miles away at his family home.  He would get ready at around 6 am every morning and walk some 20-30 minutes to the bus garage, he would then board the bus for a 1 hour 20 mins bus ride to his medical school and campus.  He was always the first person in every morning often getting in at least an hour before anyone else.

I remember my time at university especially during revision I would go to the library for a couple hours at the end of the day to go over my notes and do a bit of reading.  However unlike his other colleagues and myself at the end of each day at university he would be unable to use the library as he needed to catch the bus back home before it got too late.  He got home most evenings around 8 pm and after changing, he would have an evening meal with his family.  After his meal he would sleep for till about 1 am and then wake up to study...he would start studying at 1 am in the morning.

He would study from the early hours of the morning till dawn before getting ready to head off the bus stop to start this cycle all over again.   On the weekend he would have to work in a shop every Saturday in order to generate money to help his family and to put towards his school fees.

The Namu Project fundraised for funding conference fees for 30 medical students to attend and he student was one of them.  If it was not for the charity and kindness of strangers effectively, this student would not have had the opportunity to attend this valuable conference.

On the drive back to Abuja I was filled with a level of accomplishment, but I knew that there was still a lot more I could and needed to do.  I felt that I could achieve this by being part of the Namu Project. When I got back to Abuja I met a friend of Mina’s , Ify who visited us at our accomodation house in Abuja.  We had a long and insightful conversation in the dimly lit palour of our guest house. She shared her journey and her involvement in charity work in Nigeria, including the work she had done with the Namu Project at the Internally Displaced Peoples Camp in Abuja.  It was truly motivating and further cemented my decision to be part of the Namu Project.

The Namu Project is still a new charity but during its short existence it has achieved great things. Be it its contribution to public health goals by running vaccination programmes in the refugee camps in Abuja or facilitating medical education by raising funds for conference fees for 30 medical students.

This is just the beginning, I know the Namu Project has a bright future ahead, it will achieve even greater things and will make a difference to the lives of many people across Nigeria, Africa and the World.

I feel privileged to be a part of the Namu Project, I feel blessed that I am part of this charity, working not only alongside very close friends but also alongside like-minded individuals with the same mindset and goals to help give back to the West Africa.

To conclude I would like to share an email I received from one of the students who attended the conference in Jos .....

“Thanks for sparing your precious time to come teach us lifesaving and communication skills; innovations; and new trends in Medicine. We've learnt in two days what the fortunate would learn in two years and others (maybe) in a lifetime...if they ever will.”